- Variables are represented by letters.
- Parts of an expression: variables, constant, coefficients
- Input/output tables
- Definition of a pattern

In this example:
- The first term of the sequence is 1.
- This means the pattern rule starts at 1.
- To get the second term, 3 squares are added.  This pattern repeats for all the following terms.
- The pattern rule here, then, is: Start at 1.  Add 3 squares each time.


The next step, and our goal for this part of the unit, is to come up with is called a relation, and to use such relation to come up with any term in the sequence. A relation is an algebraic expression that results when we relate a variable to the pattern rule (which contains the variable). Let's use the same sequence:

- 1, 2, 3 and 4 are the TERM NUMBERS.  Since they are different from each other, they also represent the VARIABLE.  Since variables are represented by letters, I'll assign the letter s to the term numbers.
- The PATTERN RULE tells us that, for each TERM of the sequence, we have to add 3 squares, or 3s.
- This means that the relation starts with 3s.
- Next, since the first term number is 1, or s=1, and the relation includes 3s, then for s=1, 3s = 3(1) =3. (Notice how I substituted).
- This means that the first TERM should have 3 squares.  But it does not! it only has 1 square, which means that we have to subtract 2.
- Thus, the second part of the relation is - 2.  The RELATION is, then: 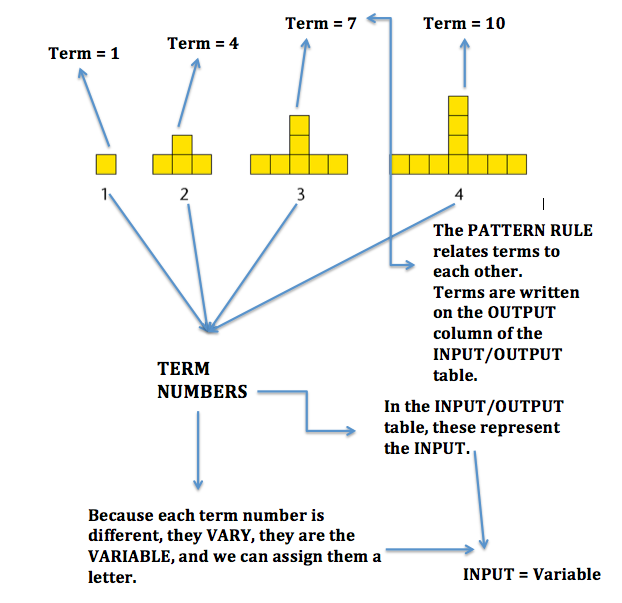 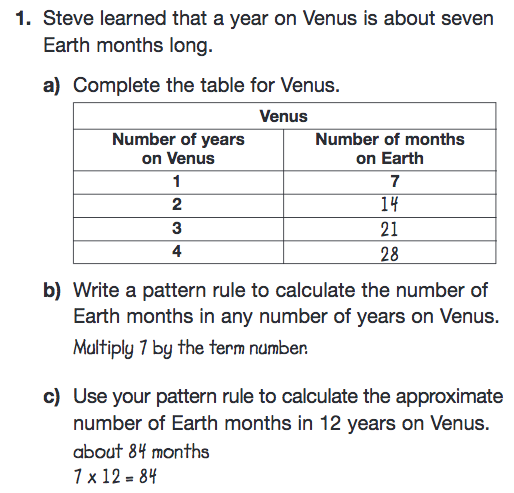 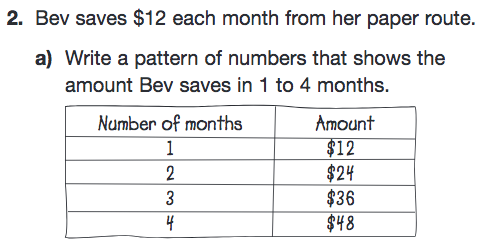 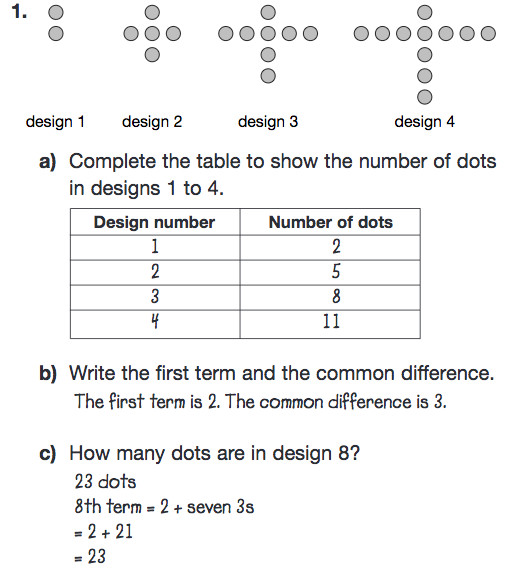