- Parts of an algebraic expression: terms, coefficients, variables, constant.
- Difference between expressions and equations: the equal sign.
- "To write an algebraic equation" means to assign a variable, and to identify the constant.
- To solve an equation means to find out the value of the variable.
- There are different ways to solve equations.

What is an equation?

An equation is one quantity equal to another quantity.  Each of the quantities may be a number or an algebraic expression. A couple of things to be aware of:

- The VARIABLE represents a specific unknown value.
- Each side of the equation has the same value.

Here are some examples:
Furthermore: 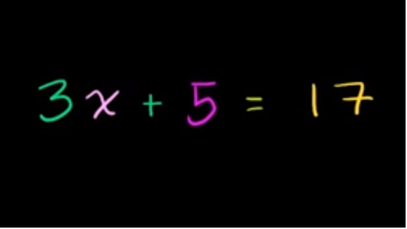 Here are some of the things that will hopefully help you:
-  Anytime you see "a number", know that it means the variable (and you can give assign it whatever letter). It makes sense if you think about it: "a number" means any number, and since the value is not set, this refers to a variable.

- 4d is 4xd.  When a letter and a number are together and there isn't anything between them, MULTIPLICATION is the implied operation.

- 2s can be written as "two times a number", or DOUBLE a number.

- 3x can be written as "three times a number", or TRIPLE a number.

- In my experience, the following is where we make the most mistakes.  Take a look at these two seemingly equal expressions: 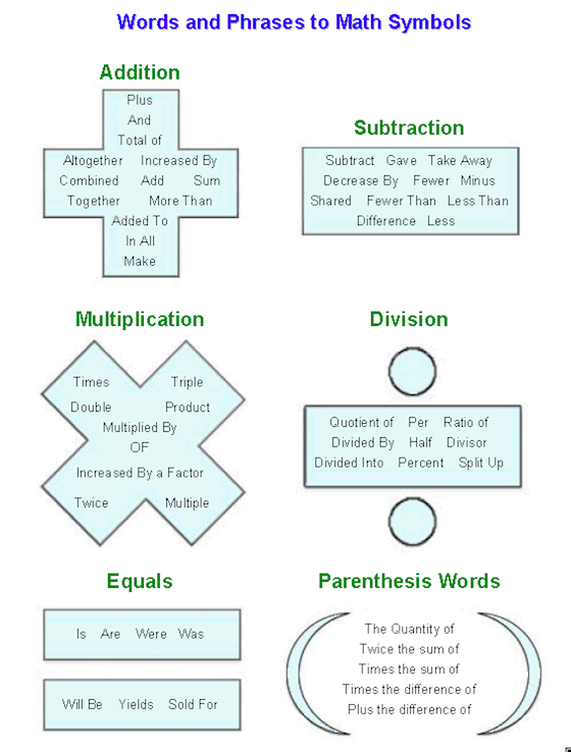 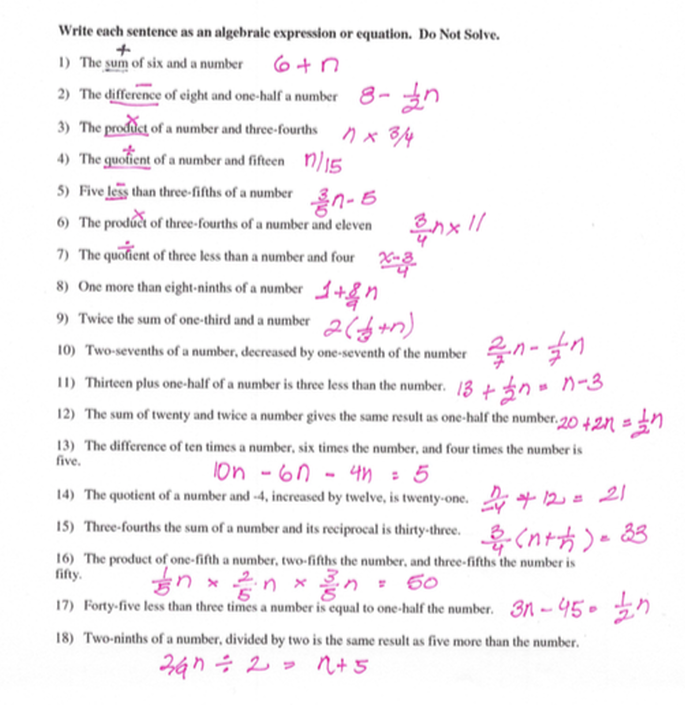