the subtraction of integers 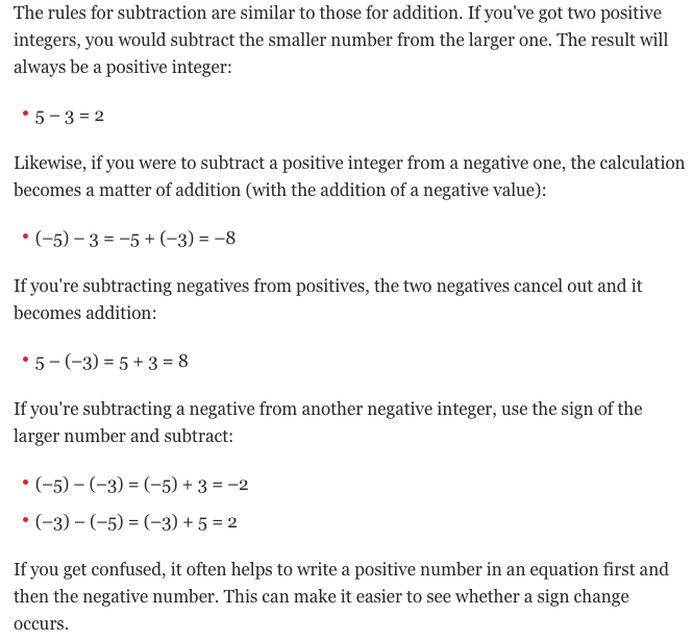 The adding and subtracting of fractions are bound by the same rules, which themselves follow the rules of signs for the addition and subtraction of integers:

- When adding and subtracting fractions, your primary goal is to find a COMMON DENOMINATOR.

- Once both fractions have been modified and have the same denominator: THE DENOMINATOR does NOT change, and the numerators are subtracted. (whether you add the opposite or not).

An alternate method: THE BUTTERFLY METHOD 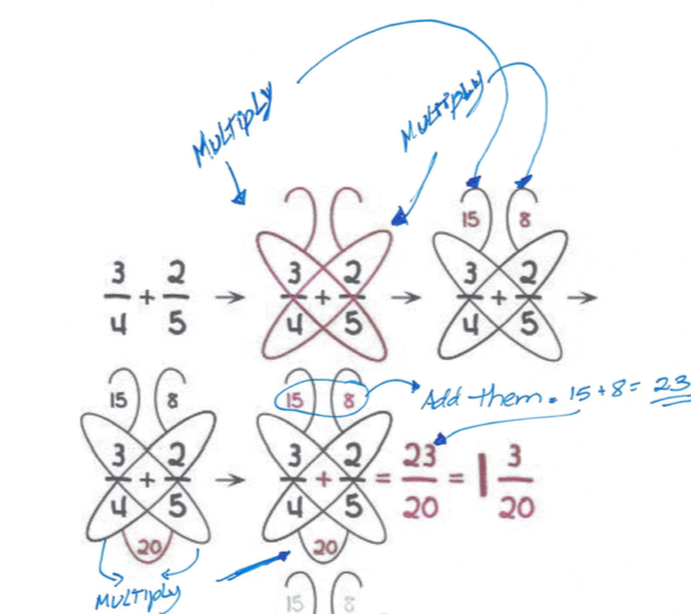 Just like when adding decimals, when adding in a vertical fashion, the decimal point MUST be lined up.  Then, you subtract from left to right: 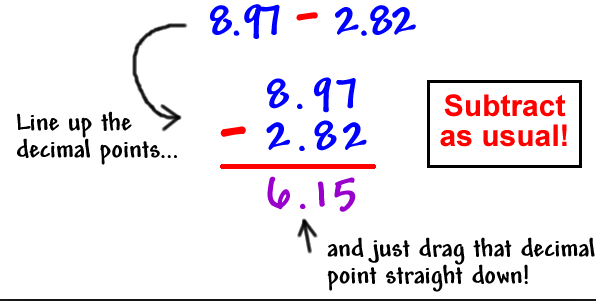 videos that can help you