quick tips when placing rational numbers on a number line

the rule of signs for the addition of integers 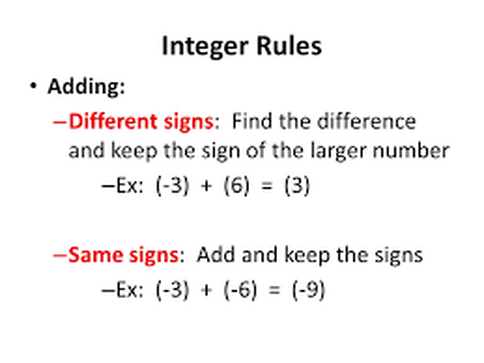 When adding decimals:
- Write them vertically, that is, one on top of the other.
- Line up the decimal point.
- If the decimal numbers have a different amount of decimal places, add as many zeros as needed to one so that both end up with the same amount.
- Then, add from left to right, making sure you put the decimal point in the same place.

when dealing with mixed numbers...

Always make them into improper fractions!

adding fractions with the same denominator

To add fractions of EQUAL DENOMINATORS:
- The denominator remains the same (it does not change).
- The numerators are then added. 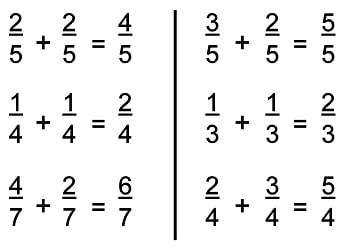 The FIRST thing you must do: take a look at the denominators:

If one of the denominators is a multiple of the other:

_ The objective is STILL to end up with fractions of equal denominators.
- Find the number by which you can multiply the fraction with the smallest denominator so that such denominator becomes equal to the other one.
- Remember that you must multiply BOTH the numerator and the denominator when multiplying to equate denominators. 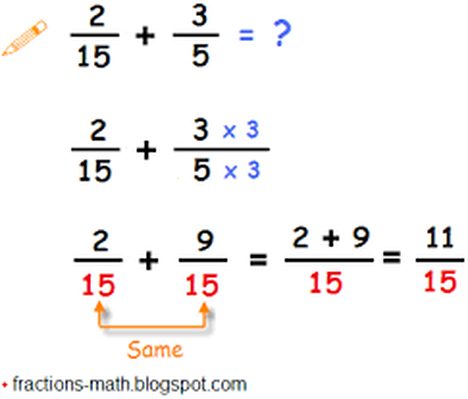 If the denominators are not multiples of the each other: 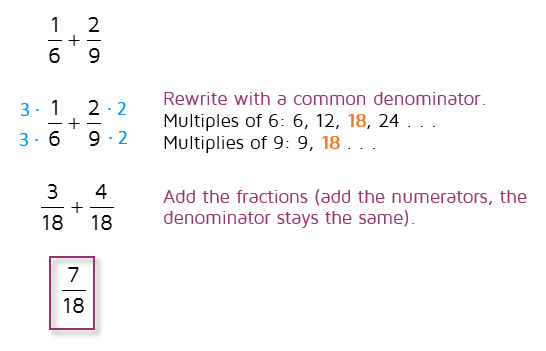 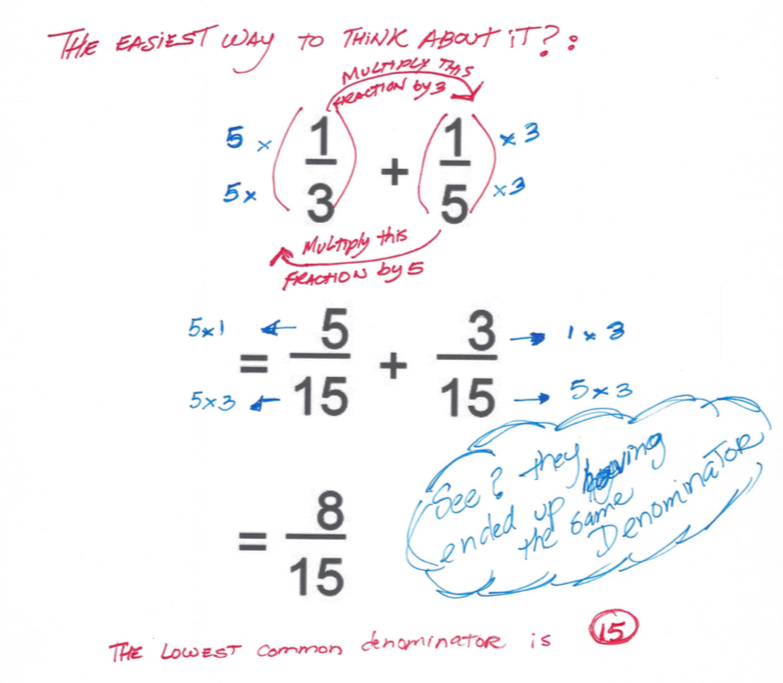 An alternate method is called "the butterfly methoD."

Although it is a very useful method for adding and subtracting fractions of different denominators, DO NOT USE IT IF YOU HAVE A DENOMINATOR THAT (BY BEING MULTIPLIED) IS A FACTOR OF THE OTHER.

ALSO: Be aware that you may have to simplify the resulting fraction. 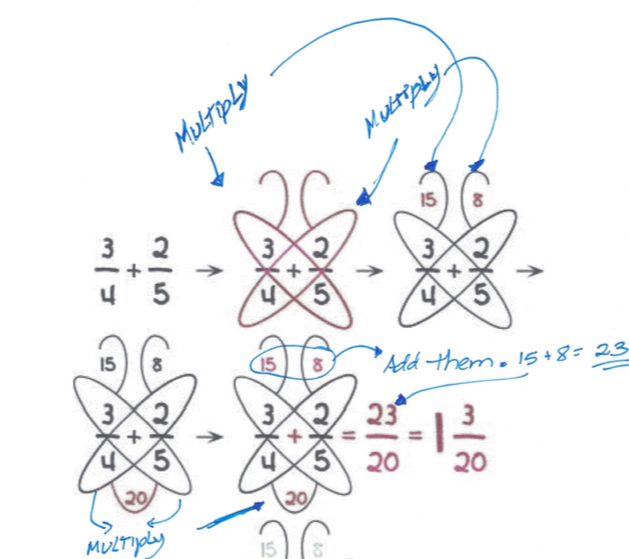 When working with mixed numbers, CONVERT THEM TO FRACTIONS, and use any of the methods previously described.